How do semantic technologies enable the Internet of Things? 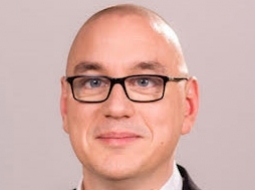 As a head-up to the SEMANTiCS 2016 we invited several experts from Linked Enterprise Data Services (LEDS), a “Wachstumskern” project supported by the German Federal Ministry of Research and Technology (BMBF), to talk a bit about their work and visions. They will share their insights into the fields of natural language processing, e-commerce, e-government, data integration and quality assurance right here. This is part 6. So stay tuned.

After his first contribution to the situation and future of the Semantic Web Sebastian Tramp, CTO of eccenca GmbH and Executive Coordinator of the Linked Enterprise Data Services (LEDS) project, arguments why the vision of the Internet of Things (IoT) and Industry 4.0 cannot be realized without semantic technologies. To underpin his thoughts he shares a closer look at the bIoTope research project providing a use case where the technological developments of LEDS are facilitated.

Sebastian, why is the Internet of Things unthinkable without semantic technologies?

Simply put: If it is not clear what the meaning or content of a "thing" - i.e. an object - is in the Internet of Things, neither the communication nor the interaction between objects which are supposed to come together in the Internet will work. For such a communication structure objects must be unambiguously defined in terms of their relevant characteristics. For example, take a measuring system. Besides the measurement data itself the data stream of such a system needs to carry the answers to the questions which sensor sent the data, where did it measure the data and what kind of data is it after all. Furthermore, to be able to enrich data from different data sources we need interfaces as well as common ontologies which allow for linking different data sets with each other. To achieve this is the exact task of semantic technologies.

How does LEDS work on overcoming these challenges?

The Internet of Things thrives on working with live data from many different data sources.
Hence, among other things, the LEDS project incorporates the semantic integration of streaming data directly in its basic integration architecture by facilitating a widely used streaming data platform for the communication between its LEDS components.
Such a streaming data platform can be thought of as a central medium which can channel a vast amount of data from different sources, and provide it to various applications which then process the data for their specific purposes. In general, the data carries some sort of an expiration date, so that the platform is not overloaded. So on the one side, we have data producers such as sensors (e.g. electricity meters), or news sources (e.g. Twitter, weather services) which continuously upload data onto the platform. And on the other side we have various services which download data to combine, process and analyze it. Such a data consumer could be a modeling software for electricity production which uses weather data and current consumption data for modeling. Or a social search engine that drives sentiment analysis. The main challenge to this configuration is the interface which allows the applications to communicate with the streaming data platform in an unambiguous and correct way. Exactly that is developed at LEDS.

Are there any examples where this technology is realized in practice?

The technologies which LEDS develops will be applied in the bIoTope project. This is a three-year research project on the subject of IoT which runs under the EU-funded Horizon 2020 program. The consortium for this project is made of city partners (Helsinki, Brussels, Lyon), research institutions and industrial partners.
The objective of bIoTope is the implementation of pilot use cases that show how the communication and organization of IoT ecosystems can work. One example of a planned use case researches the area of ​​smart mobility in cities. Within this use case we will facilitate a streaming data platform to integrate different sources providing data on the subject of battery charging stations to enable a route optimization for electric vehicles in cities. The processed data could then be integrated in the navigation systems of vehicles which are logged into the city’s IoT ecosystem to display relevant information to the vehicle owners. This information can include available battery charging stations, predicted charging time and tariffs, but also possible attractions or restaurants nearby which the owner could visit during the charging time. The aim is basically the enrichment of data with background knowledge in order to offer users a real added value.

LEDS is a joint research project addressing the evolution of classic enterprise IT infrastructure to semantically linked data services. The research partners are the Leipzig University and Technical University Chemnitz as well as the semantic technology providers Netresearch, Ontos, brox IT-Solutions, Lecos and eccenca.